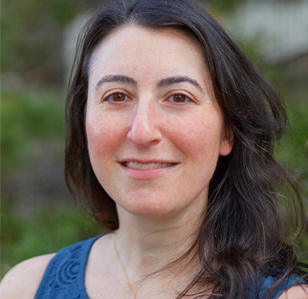 Shaina Holmes teaches various courses in visual effects and post-production to undergraduate and graduate students, including Visual Effects for Live Action, Post Production Practices, Animation for Film and TV, and Visual Effects Analysis. Prior to joining the Newhouse School, Holmes was an instructor at Ithaca College, where she taught courses on topics including visual effects, motion graphics, animation and field production.

In addition to teaching, Holmes is a visual effects artist, producer and supervisor with over 200 film and television credits. While in Los Angeles, she was a VFX artist on "Chicago," "The Notebook," "Sideways," "Tropic Thunder" and "Eternal Sunshine of the Spotless Mind," among many others. In New York City, Holmes worked at the post production giant Deluxe, where she created and ran the episodic TV visual effects division, Encore VFX, and eventually merged with sister company Method Studios. She oversaw such projects as "True Detective" and "Vinyl" for HBO, "The Get Down" for Netflix, "Blindspot" for NBC, feature films "Men in Black 3" and "Swiss Army Man," as well as various Ken Burns documentaries including "Vietnam," "The Dustbowl" and "Central Park Five."

Holmes continues to focus as a professional in the VFX industry through her company Flying Turtle Post, which offers mentorship and on-the-job training for artists and filmmakers. Her vast network of post-production colleagues and former students are on-hand to provide professional cost-effective services including visual effects, color grading, sound design, editing, animation and motion graphics to help the independent film community achieve their vision. Recent projects include feature films "Big Time Adolescence," "Poms" and "The Night House."

At Ithaca College, Holmes founded Park Post, a student-led group created to discuss post-production topics, provide workshops, collaborate on team projects and network with professional guest visitors. Since its inception, the group has evolved to over 200 active participants, including students, faculty, staff and alumni. This achievement, along with creating a network for student filmmakers to find and train cast and crew for their projects, led Holmes to become a finalist for the 2017-2018 Faculty Excellence Award at Ithaca College, nominated by her students and faculty colleagues.