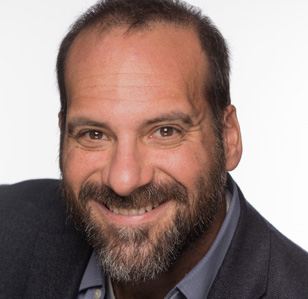 Seth Gitner teaches graduate and undergraduate students to think both visually and digitally so they can tell stories in new and innovative ways. Specifically, he teaches web journalism, visual news reporting, and multimedia storytelling, including such topics as interactive storytelling, web design and web development. Gitner, who advises the student journalists at the award-winning school publication The NewsHouse, also extends his reach beyond Newhouse via online courses and his text book, Multimedia Storytelling for Digital Communicators in a Multiplatform World.

Seth Gitner teaches multimedia storytelling at the Newhouse School at Syracuse University. Gitner has a dual appointment in both the magazine, news and digital journalism department and the visual communications departments.

Before coming to Newhouse, Gitner was a newspaper photojournalist and multimedia editor at newspapers in Maryland and Virginia. While at The Roanoke Times and Roanoke.com, he pioneered integrating video and interactivity into a legacy print newsroom. His video and interactive work garnered awards such as the APME Convergence Award, the Scripps Howard Foundation Web Reporting Award, the Newspaper Association of America's Digital Edge Award for most innovative multimedia storytelling, and the Online News Association Award for general excellence.

He is the former head of the visual communication division for the Association for Education in Journalism and Mass Communication (AEJMC) and a former secretary of the national board of the National Press Photographers Association where he is currently the co-director of the NPPA Multimedia Immersion Workshop held each May at Syracuse University. He has received NPPA's Joseph Costa Award, NPPA’s President's Award and NPPA’s Robert F. Garland Educator Award, and has also been awarded two-life memberships for his volunteer work with the association.

Gitner is currently under contract to write the second edition of "Multimedia Storytelling of Digital Communicators in a Multiplatform World," a textbook he published in fall 2015 with Routledge/Taylor & Francis. The first edition is currently being used in the COM117 classes at Newhouse.