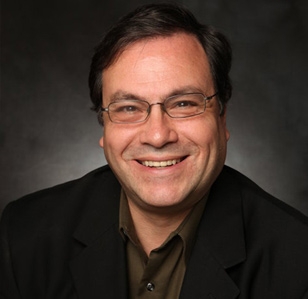 Emmy nominee Bob Boden’s career in all forms of non-fiction and unscripted/alternative television programming has included senior management and production functions for a variety of television studios, networks and production companies. He is frequently acknowledged as an industry leader in the game and reality genres. He has been a creator, show-runner, writer and consultant on over 100 television series and specials for primetime, daytime, late night and children’s programming. He has helped launch three cable networks and has been an executive in broadcast, cable and syndication. Boden has produced, launched and consulted on shows in 12 countries.

Boden is currently executive vice president, production and development at Entertainment Studios, a global media company founded and owned by Byron Allen, with 8 HD networks including The Weather Channel, dozens of first-run syndicated shows, over 5,000 hours of HD programming, a film distribution company, a podcast network and more to come. Bob also serves as executive producer of the syndicated celebrity comedy game show "Funny You Should Ask;" production is underway on the second season of 130 episodes.

Most recently, he was consulting producer on the primetime series "To Tell the Truth" (ABC) and "Superhuman" (FOX), and co-executive producer on "BOOM!" (FOX). Before that, he was executive producer/showrunner of Game Show Network’s primetime series "The Chase," an adaptation of the popular UK format owned by ITV Studios. The series was GSN’s highest rated original series over four seasons and received three Emmy nominations, as well as nominations for the NATPE Breakthrough Award and the Realscreen Award for Best Competition Show. Bob also earned the top Innovation Award from Hasbro for his work on "Family Game Night."

While at GSN, Boden created and oversaw the documentary "Big Bucks: The Press Your Luck Scandal," which scored the highest rating in the network’s history, a record that was held for over nine years.

Boden's other producing credits include: "Greed" and "Challenge Of The Child Geniuses: Who Is The Smartest Kid In America?" (which he co-created with Syracuse alum Dick Clark on FOX); "Game Of Life," "Scrabble Showdown" and "Pictureka" (for Hasbro Studios on the HUB Network); "Don’t Forget the Lyrics" (RDF for FOX); "American Idol Extra," "Solitary," "Househusbands Of Hollywood," "Paradise Hotel 2," "The Academy," "Reality Remix," "The Really Awards And Nightclub Confessions" (for the Fox Reality Channel); "Family Feud" (Fremantle syndication); "Home & Family" (The Family Channel); "Penn & Teller’s Sin City Spectacular" and "Instant Comedy with the Groundlings" (FX); "The Nova Quiz" (PBS); "Pictionary" (syndication); and "Bumper Stumpers" (USA).

He also worked on many classic television formats including including "The Price is Right," "Jeopardy!," "Match Game," "The $25,000 Pyramid," "Let’s Make a Deal," "Press Your Luck," "Make Me Laugh" and "Queen for a Day," and consulted on shows including "The Ellen DeGeneres Show," "Are You Smarter Than a 5th Grader?" and "Million Second Quiz."

Boden also serves as executive producer of the syndicated celebrity comedy game show "Funny You Should Ask;” which begins its fourth season this fall.

On the academic front, Boden has taught at UCLA Extension and guest lectured at UCLA, USC, Cal State Fullerton, Cal State Northridge and the Banff Television Master Class.  He proudly joined the faculty of the Newhouse School at Syracuse University as an adjunct professor in 2017.  He lives and teaches in Los Angeles.