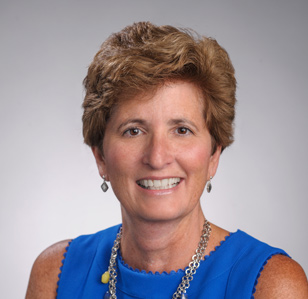 Falkner’s senior associate dean portfolio included oversight of course planning and scheduling, curriculum development, including the design of the school’s online digital communications master’s program, and finalizing steps in the merger of the school’s newspaper and online journalism and magazine programs into the magazine, news and digital journalism program. She has overseen all faculty searches for 13 years and has been a dedicated supporter of increasing faculty diversity.

Noted for her work in the classroom, she is a two-time winner of the Newhouse Teaching Excellence Award, which is chosen annually by students. She was also honored with the Meredith Teaching Recognition Award from Syracuse University.

In 2006 and 2009, Falkner was selected to participate in the Scripps Howard Academic Leadership Academy, a group of mass communication professionals and scholars picked from a nationwide pool to learn strategies and insights for leading mass communication programs in the 21st century. She was also selected from a national pool of female leaders in academia to participate in the Higher Education Resource Services (HERS) Summer Institute in 2010.

Falkner is an active member of the Association of Educators of Journalism and Mass Communication, including serving two terms on the Standing Committee for Teaching and presenting on best practices in teaching advertising, diversity, and academic leadership issues at its annual conferences. Her research interests are in the purchasing behaviors and media usage of LGBT consumers. She was lead researcher for a number of years on a major survey and study used by Fortune 500 marketers and media companies to develop products and marketing addressed to LGBT consumers.

Before entering higher education, Falkner worked for 10 years in the newspaper industry in both editorial and advertising. During her newspaper career, she was named to PRESSTIME magazine’s “20 Under 40” list, which honors young professionals in the newspaper business.

After earning a master’s degree in magazine journalism from the Newhouse School, Falkner was a fellow at the Poynter Institute for media studies in its media management and entrepreneurship program. She holds a bachelor of arts in communications/journalism from St. John Fisher College.