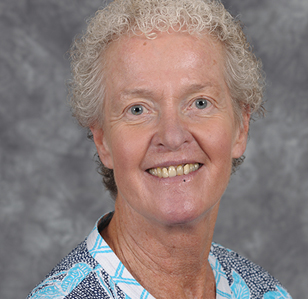 Judy VanSlyke Turk, Ph.D., APR, Fellow PRSA, is Professor Emerita in the Richard T. Robertson School of Media and Culture at Virginia Commonwealth University (VCU). She retired from VCU as a professor of public relations in May 2013. During the 2014-2015 academic year, she was a visiting professor in the School of Journalism and Mass Communication at Florida International University (FIU).

She maintains an association with FIU as a research fellow in the university’s Lillian Lodge Kopenhaver Center for the Advancement of Women in Communication. She headed the Kopenhaver Center’s national survey of communication professionals, released in April 2016, the first survey to include practitioners from six major communication disciplines at the same time and using the same survey instrument.

Turk is a past chair of the College of Fellows of the Public Relations Society of America (PRSA) and is currently co-chair of the Fellows’ Educational Initiatives Committee.

Turk worked professionally for The Associated Press and in university and corporate public relations before beginning her academic career. She was named Outstanding Public Relations Educator in 1992 by PRSA. In 2005, she received the Pathfinder Award from the Institute for Public Relations for her lifetime contributions to research. In 2006, AEJMC recognized her as its “Outstanding Woman in Journalism Education.”

Turk is co-editor, with Jean Valin and John Paluszek, of “Public Relations Case Studies From Around the World”(Peter Lang, 2014), a collection of 17 global case studies that illustrate “best PR practices” in countries on every continent and in corporate, not-for-profit and governmental organizations. She also is co-author of “This is PR: The Realities of Public Relations” (Cengage/Wadsworth Publishing), now in its 11th edition).

She has consulted and lectured on public relations and journalism/mass communications teaching and curriculum issues in Eastern Europe, the Newly Independent States, the Baltics, Russia, the Middle East and Asia.