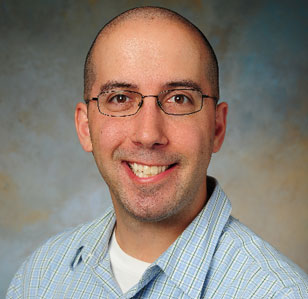 Originally from Fort Lee, New Jersey, Todd Sodano is now an associate professor of media and communication at St. John Fisher College in Rochester, NY, where he teaches classes in television history, video production and media studies. After graduating from Cornell University, he began his production career at NBA Entertainment, where he worked on All-Star Weekend and NBA Draft events, regular season and playoff games, and widely distributed television programs. Sodano then returned to the classroom to pursue his master's degree from the television, radio and film program in Newhouse, after which he managed the edit suites while pursuing his Ph.D. from the Maxwell School's social science program. During that time, Sodano introduced the first college class about "The Wire," the critically acclaimed HBO series that he also examined in his award-winning doctoral dissertation.

In the fall of 2008, Sodano joined St. John Fisher, where he remains active in pursuing current trends and developments in television and film. He was named a 2012 Faculty Fellow by the Television Academy Foundation in Los Angeles and has spoken in classes at Harvard Law School, Penn State University and Emerson College. His research examines U.S. prime-time television programming from industrial, cultural, technological and aesthetic perspectives. Sodano was honored to receive the 2013 Father Dorsey Award at Fisher, which recognizes a teacher’s “dedication to the student life experience both in and out of the classroom; and for commitment to challenging and supporting students in order for them to become the best they can be as individuals.”

In addition to attending Bruce Springsteen concerts and talking about television, Sodano likes to travel, eat, cook and run. He lives in Rochester with his adorable but annoying cats.