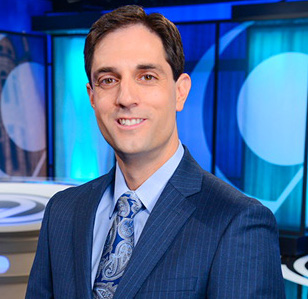 A Syracuse native, Steve Infanti has been at the local ABC-affiliate WSYR-TV9 since 1999, and has served as sports director since 2003. He joined the station as the weekend sports anchor, following a six-month stint at the ABC-affiliate in Binghamton, New York.

In addition to his work at NewsChannel 9, Infanti also hosts the radio version of "Orange Nation" on the local ESPN radio affiliate. The show airs every weekday from 12-2 p.m.

He's currently a board member of It's About Childhood and Family, Inc., a not-for-profit agency in Central New York providing mental health services for children and their families. Infanti previously served on the board of directors of Toomey Residential and Community Services, as well as the Syracuse Sports Corporation. He is a past moderator for the Onondaga County Eckerd Drug Quiz Show and has participated in both the Muscular Dystrophy Association and the Children's Miracle Network Telethons.