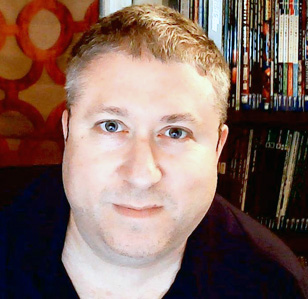 Newhouse alumnus Seth Everett returned to the school in 2019 to teach an elective course on podcasting. He currently broadcasts nationally for iHeartMedia and is the host/owner of two successful podcasts.

Everett has broadcasted in Denver, Seattle, New York and nationally. He covered numerous sports teams, including the Denver Broncos, Seattle Mariners, Philadelphia Phillies and New York Mets. He was at ESPN, where he hosted "Baseball Tonight" and a New York-based radio show. He worked for Major League Baseball for eight years, and FOX Sports Radio for nearly a decade.

Everett's podcasts include "Sports with Friends," a weekly show featuring athletes, broadcasters, reporters and others from his quarter-century-long career, and "Hall of Justice," which takes an adult look at the booming superhero genre, with actors, writers and directors joining in.

In 2021, Everett joined fellow Newhouse faculty member Shelly Palmer to create "Techstream with Shelly Palmer and Seth Everett," a weekly show that looks at tech issues and its impact on pop culture.