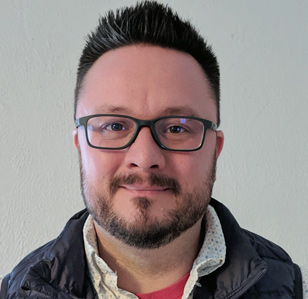 Prior to joining the Newhouse School, Bowman was a tenured associate professor at two other research institutions: Texas Tech University from 2019-22 and West Virginia University form 2011-19. At both institutions, he was chiefly responsible for developing coursework focused on media psychology and the uses and effects of emerging media, such as social media, video games and extended reality technologies. He also holds ongoing faculty appointments at the Universität Erfurt in Germany and National Chengchi University (國立政治大學) in Taiwan.

Bowman’s research is broadly focused on understanding cognitive, emotional, physical and social demands of interactive media content. This work considers the functional role of media content, especially entertainment media, and investigates how and why we integrate media into our daily lives—from serving as spaces for informal learning to providing short-term psychological well-being and mood management. He has published more than 125 peer-reviewed manuscripts and authored or contributed to more than 200 conference presentations, along with several dozen book chapters and other writings. He has also co-authored two textbooks on media psychology and emerging media, and edited several research and theory anthologies—the most recent being the DeGruyter Handbook of Media Entertainment (expected in 2023).

Recently funded projects include being named Fulbright Taiwan Wu Jing-Jyi Arts & Culture Fellow in Spring 2020, where he collaborated with scholars in Taipei to teach two courses on media psychology and interactive media effects, and conduct research into the user experience of virtual reality exergames as well as broad media usage patterns among Taiwanese adolescents. He still works closely with the Fulbright Scholars Program as a member of the national screening committee in the United States.

In addition to a Fulbright, Bowman has earned several awards for teaching, including an Outstanding Teacher Award from the National Communication Association Mass Communication Division in 2016, and a university-wide teaching award from West Virginia University in 2015. He is the current editor-in-chief of Journal of Media Psychology and the associate editor of registered reports for the journal Technology, Mind, & Behavior. He was editor-in-chief for Communication Research Reports from 2017-2019.