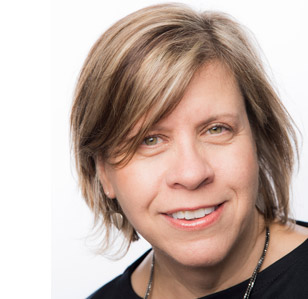 Nancy Austin has worked at the Newhouse School since 1992, which was also the first year of the motion media program. She was named deputy director of the military visual journalism program in 2007.

She supports students with everything from enrolling in the program to finding housing to setting class schedules.

Regarded as a "campus mom" by many students, Nancy makes a point of sending care packages to deployed former students during the holidays.