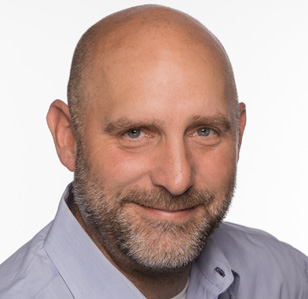 Through still photography, video and multimedia, Mike Roy teaches undergraduate students about visual strategies and storytelling while encouraging them to embrace their own internal vision. Using that unique compass plus a wide variety of technical tools, his students learn to capture photographs and video footage to create powerful stories that engage viewers.

Bio
An award-winning photojournalist and videographer, Mike Roy has worked as a staff photographer at The Star Ledger in Newark, New Jersey, The Journal News in White Plains, New York, and The Monitor in McAllen, Texas. He received prominent photography awards from the NPPA Best of Photojournalism and Pictures of the Year International competitions. Over the years, his documentary film work received two New York Emmys for news-related projects and four Emmy nominations. In 2006, he was named Photographer of The Year by the Houston Press Club for editorial work produced for The Monitor. As a visual storyteller, Roy is committed to creating unique imagery and narrative films that give voice to original stories. He is a longtime member of the National Press Photographer’s Association and volunteers his time as a visual coach at student workshops around the country, including at Syracuse University, University of Georgia and Southern Illinois University. In addition to teaching at Newhouse, he collaborates with several corporate and editorial clients to create still photography and short narrative video projects about news, sports, politics, public relations and documentary topics.