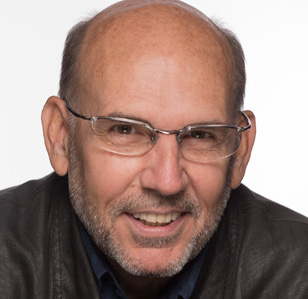 Mike Davis teaches courses that help students define their visual voices and career paths through assignments that result in multiple-image presentations that are unique to each student. Under the guidance of one of the nation’s renowned picture editors, students learn how to select, propose and execute projects that lead them to a specialization.

Davis holds the endowed Alexia Tsairis Chair for Documentary Photography. He teaches visual storytelling classes and runs the Alexia Grant competitions at the school. The Alexia is one of the world’s premiere grants that support humanistic, socially significant visual projects for professionals and students.

In addition to teaching and the Alexia, Davis continues to work as an independent photography editor, working with visual storytellers around the world to elevate their way of seeing and editing their projects for books, gallery exhibitions, portfolios and contest and grant submissions. He has worked on more than 500 such projects, which in turn inform and elevate his teaching and the Alexia. He also continues to consult with a range of organizations, publications and competitions internationally.

For 30 years before arriving at Newhouse, Davis held visual leadership positions at National Geographic, the White House and several of America’s leading newspapers, as well as running his own consulting business. He was twice named newspaper picture editor of the year and has edited the work of several photographers who went on to win Photographer of the Year titles and others whose work was widely recognized at the top tiers of the profession.

Davis has been on the faculty of various workshops, including LOOK3, the Missouri Workshop, Mountain People’s Workshop, FOTOFusion, Santa Fe Workshops, The Atlanta Photojournalism Seminar, Northern Short Course, New Zealand Photofest and Somos Foto in Ecuador and the Dominican Republic. Twice he's been a roving reviewer during Photolucida,  and he has lectured at a range of universities.