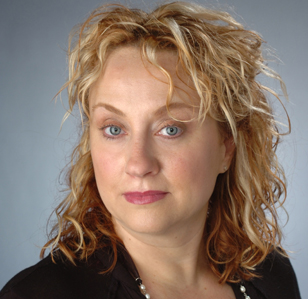 During her 20-plus years at the Newhouse School, Melissa Chessher served as the interim associate dean for inclusivity, diversity, equity and accessibility and the chair of the magazine, news and digital journalism department for more than a decade, overseeing the merger of the former newspaper and online journalism and magazine departments and the reinvention of the department’s curriculum. She also served as the director of the Newhouse Graduate Newspaper Fellowship for Minorities, launched the school’s participation in the Pulitzer Center’s Campus Consortium, managed the school’s Fashion and Beauty Communications Milestone and was a member of the Renée Crown University Honors Program.

In 2016, Chessher was chosen as one of Folio magazine’s Top Women in Media. As a magazine journalist, she worked on the launch of Real Simple, the largest magazine launch in Time Inc. history, and Gusto, a healthy living magazine for Latin American women. She has written for more than a dozen national consumer publications, including Self, Health, Glamour, Allure, Marie Claire, Fitness, Men's Health and Parents magazines. Her work covers a wide range of topics—from travel narratives to deeply reported health features and culture articles on food, wine, art and architecture. An investigative story on the work challenges faced by those undergoing breast cancer treatment was part of a package for Self that earned an Ellie Award from the American Society of Magazine Editors. Chessher earned several teaching awards at Syracuse, including the Newhouse School’s Senior Class Award for Teaching Excellence, the Empire State Scholastic Press Association’s Adviser of the Year and the Laura J. and L. Douglas Meredith Professorship for Teaching Excellence, Syracuse University’s highest teaching honor.