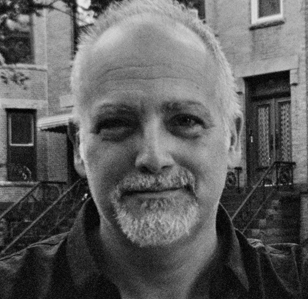 Matt Zoller Seitz is the editor-in-chief of RogerEbert.com. He is also the TV critic for New York magazine and Vulture.com, and a finalist for the Pulitzer Prize in criticism. His writing on film and television has appeared in The New York Times, Salon.com, The New Republic, and Sight and Sound. Seitz is the founder and original editor of the influential film blog The House Next Door, now a part of Slant Magazine, and the co-founder and original editor of Press Play, an IndieWire blog of film and TV criticism and video essays.

A Brooklyn-based writer and filmmaker, Seitz has written, narrated, edited or produced more than 100 hours’ worth of video essays about cinema history and style for the Museum of the Moving Image, Salon.com and Vulture, among other outlets. His five-part 2009 video essay "Wes Anderson: The Substance of Style" was spun off into the hardcover book "The Wes Anderson Collection". This book and its follow-up, "The Wes Anderson Collection: Grand Budapest Hotel" were New York Times bestsellers.

Other Seitz books include "Mad Men Carousel: The Complete Critical Companion" and "The Oliver Stone Experience" and two books co-authored with Alan Sepinwall, "TV (The Book)" and "The Sopranos Sessions". He is currently working on a novel, a children's film and a book about the history of horror, co-authored with RogerEbert.com contributor Simon Abrams.