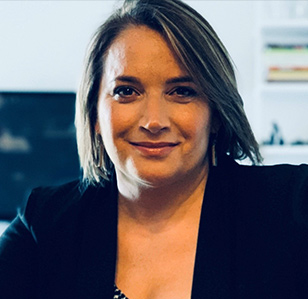 Talev joins Syracuse University following a 30-year career covering American politics and the White House. A graduate of the University of Maryland at College Park, Talev served as senior White House correspondent for Bloomberg News and McClatchy Newspapers, where she won the Scripps Howard Raymond Clapper Memorial Award as a part of a team that exposed the politicization of the Justice Department.

She has held positions at the Los Angeles Times, Sacramento Bee and Tampa Tribune. She is a past president of the White House Correspondents’ Association and the Washington Press Club Foundation, and has taught courses at the John F. Kennedy School of Government at Harvard University. Most recently, Talev was the managing editor for politics at Axios.

In addition to her role at the Newhouse School, Talev is also a senior contributor at Axios and a CNN political analyst.