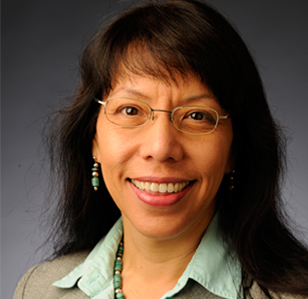 Makana Chock is the David J. Levidow Endowed Professor and has conducted internationally recognized research in the area of media psychology. She studies the ways in which people process and respond to persuasive messages in mass media, social media and extended reality (virtual, augmented, and mixed reality) contexts.

Much of her research is in the areas of risk communication and health information and has used to help design and implement educational campaigns concerning HIV-awareness, drug-use, binge-drinking and environmental risk campaigns. She has also examined the ways that media content and social and psychological factors apply to news media use.

Chock held the Newhouse Endowed Chair of Public Communications from 2013 to 2016. She previously served as the interim director of the media studies master’s degree program. She is the former chair of the Communication and Social Cognition Division of the National Communication Association.

Previously, Chock taught and conducted research at Indiana University and its Institute for Communication Research. She also worked as an audiovisual librarian for the University of Hawaii at Manoa and the Hawaii Public Library.