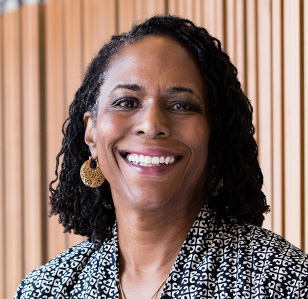 During her 16 years at ABC News in Washington, Lynne Adrine served as senior producer, federal agencies producer and Washington coordinator for ABCNEWS.com. She also has worked at the ABC and CBS affiliates in Washington as well as CNN, PBS, NBC News and CBS News.

Adrine has been a visiting faculty and participant in seminars on diversity, ethics and the coverage of race relations at the Poynter Institute for Media Studies. In 2001, Poynter selected her as one of 16 fellows in its first year-long program on journalism ethics. She is recipient of a Peabody and an Alfred I. duPont-Columbia Award for her participation in the ABC News coverage of the September 11 attack on the Pentagon.

Adrine received certification as an executive leadership coach through Georgetown University’s Center for Professional Development and works as a media consultant/strategist and career coach.

She has worked with Newhouse since 2005 and also with journalism students at Boston University’s Washington Center and at Howard University.

She holds an undergraduate degree in broadcast journalism from Boston University and went on to graduate study at the Medill School of Journalism at Northwestern University. She is a native of Cleveland.