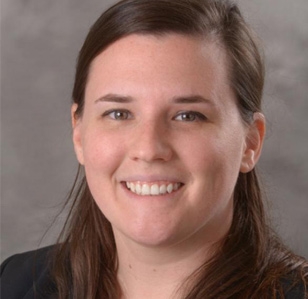 Lindsay McCluskey teaches part-time in the Communications@Syracuse program, serving as course lead for the Public Relations Management course. She has also taught Public Relations Theory in the program. She is a full-time, tenure-track faculty member at the State University of New York at Oswego where she is an assistant professor of public relations and the advisement coordinator for the Department of Communication Studies.

McCluskey earned her Ph.D. in Media & Public Affairs from Louisiana State University in 2016. She is a Newhouse graduate, earning her master's  in public relations in 2008. She studied communications/journalism and political science at St. John Fisher College, where she earned her undergraduate degree in 2007.

Prior to completing her doctorate, McCluskey worked in political and government public relations, serving in public relations roles for the Miner for Mayor campaign and in the Office of the Mayor in the City of Syracuse.

McCluskey received the AEJMC Promising Professor Award from the Mass Communication and Society Division in 2019. She is a 2020 AEJMC Kopenhaver Fellow.