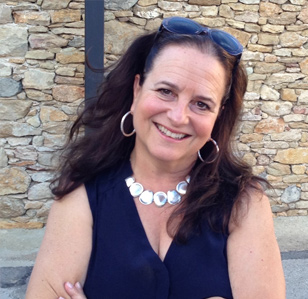 As an adjunct professor for Syracuse University’s Los Angeles Semester, Linda Ellman focuses on the rapidly changing media ecosystem in Hollywood. She leverages her professional industry connections to introduce students to game-changers in the TV and film creative community, advertising, marketing and social media industries as well as the talent agency business.

She is a three-time Emmy Award-winning and Oscar short-listed veteran of television news and entertainment with more than 30 years’ experience in local and network news, and network, syndicated and cable programming.

Ellman launched her own production company in 1997 when she created the Emmy Award-winning syndicated crime show, “Save Our Streets.” Under the banner of Ellman Entertainment, Ellman produced and directed the Oscar short-listed documentary, “On Native Soil: Documentary of the 9/11 Commission Report,” narrated by Hilary Swank and Kevin Costner. Crafting compelling stories out of mounds of material is one of Ellman’s strongest suits. As a seasoned biographer, Ellman wrote and directed dozens of Lifetime Television’s “Intimate Portrait” episodes including ones on such notable women as Sherry Lansing, Sharon Osborne and Audrey Hepburn.

Ellman is a graduate of Boston University’s School of Public Communications, where she studied journalism and public relations. Following college, she embarked on a career as an on-air reporter at the NBC affiliate in Phoenix, Arizona (KTAR) and then in San Diego (KGTV). Realizing her best future as a journalist was behind the scenes, she became a producer for NBC Network News, based in Burbank. As a network news producer, Ellman was an eyewitness to history at most of the major news events of the 70s, 80s and early 90s, from wars and natural disasters to presidential campaigns and conventions, from Tiananmen Square to the opening of the Berlin Wall. In 1991, Ellman broke into syndicated television as supervising producer of “Entertainment Tonight.” In 1993, Paramount tapped her to executive produce “Hard Copy.” Under her watch ratings quadrupled, and Time Magazine named “Hard Copy” one of the 10 best television programs of the year.

Currently, Ellman Entertainment is producing “Jock,” the untold story of the pioneer female jockeys who 45 years ago fought for the right to ride. Ellman also has a limited-run prime time spy drama series in development.

Since the fall of 2015, Ellman has taken her SULA Semester TRF Capstone students on an immersive journey through the biggest boardrooms in Hollywood. Her examination of the current media environment includes field trips, guest speakers and reading assignments that explore how changes in the business of Hollywood are informing the industry’s creative output.

Ellman has been grooming young producers, editors and shooters for decades. Her former students now hold top jobs at several network, cable and news outlets. Ellman’s best advice to students is simple: “Never take no for an answer. There are no problems, only solutions. Anything is possible!”

Ellman is a member of the Directors Guild, the Writers Guild and the Academy of Television Arts and Sciences.