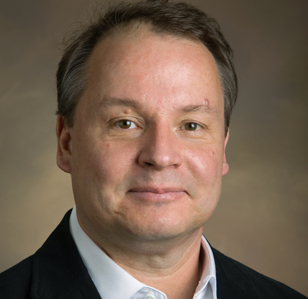 He is currently working on various cross-national survey studies that explore public perceptions of the role of the news media in democracy, the effects of political polarization on perceptions of journalists and the media and the work of foreign correspondents around the world.

Willnat is also analyzing the latest wave of The American Journalist project, which is a representative survey of United States journalists conducted every 10 years. The 2022 study, based on interviews with 1,600 full-time journalists working for almost 600 media organizations throughout the country, represents the most comprehensive analysis of the demographic backgrounds, working conditions and professional values of U.S. journalists. The 2022 survey updates our existing knowledge of American journalists with new findings about the impact of social media in the newsroom, the growing diversity in the field with more women and minority journalists and threats directed against journalists. The findings will be published in an upcoming book titled “The American Journalist Under Attack: Media, Trust and Democracy.”

His teaching includes courses on political and global communication, media theory, quantitative research methods and survey methods. His research has been published in journals such as Digital Journalism, Journalism & Mass Communication Quarterly, Journalism Studies, Journalism, Journalism Practice, International Journal of Communication, Mass Communication and Society and International Journal of Public Opinion Research. He is also the author of several books, including “Political Communication in Asia” (2009), “The Global Journalist in the 21st Century” (2012), “Social Media, Culture and Politics in Asia” (2014), “Empirical Political Analysis: Research Methods in Political Science” (2018), “The U.S.–China Trade War: Global News Framing and Public Opinion in the Digital Age” (2022) and “The American Journalist in the Digital Age”(2017), which won the 2017 Sigma Delta Chi Award from the Society of Professional Journalists.

Willnat is on the editorial boards of several academic journals, including Journalism & Mass Communication Quarterly, Global Media and China and the Chinese Journal of Communication. He has lectured and conducted research in more than 30 countries and served as a Fulbright Scholar in Malaysia and South Korea. He also has been a guest professor at leading national universities in China, Hong Kong, Germany, Japan, Malaysia, Poland, Singapore, South Korea and Switzerland.