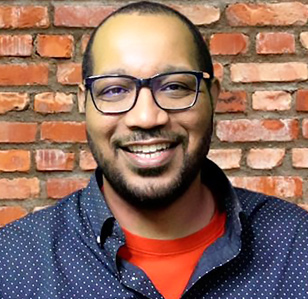 Prior to joining the Newhouse School, Coleman was an assistant professor in the School of Journalism and Strategic Media at Middle Tennessee State University (MTSU), where he taught various journalism and media studies courses. Before that, he served in a number of roles at Bennett College: dean of the Professional Studies Division, chair of the Journalism and Media Studies (JMS) Department and assistant professor in the JMS Department. Before transitioning to the classroom, Coleman worked as a local television news producer for Hearst Television at WXII-TV in Winston-Salem, North Carolina, and WAPT-TV in Jackson, Mississippi.

Coleman has combined his interests to create and host a YouTube Podcast show, “Breaking News with Media Leaders,” which aims to help students, faculty and professionals advance or pivot in their careers by getting advice from academic and professional media leaders. He also consults with student media programs through his “Student Media Analysis Journalism Bootcamp,” which teaches students to analyze the diversity of their campus media coverage while also providing techniques for combating discriminatory practices in the gathering and presentation of news.

Coleman received faculty of the year awards from both MTSU and Bennett College. He was nominated by the MTSU president to compete in the junior faculty division of the Andrew Carnegie Fellowship. He was accepted into the Scripps Howard Academic Leadership Academy, Freedom Forum’s Inclusive Leadership Training and Hampton University’s Executive Leadership Summitt.

Coleman earned a Ph.D. in higher education administration from the University of North Carolina at Greensboro in 2018, an M.S. in broadcast journalism from the Newhouse School in 2003 and a B.S. in mass communications from Jackson State University in 2002. Coleman earned DEIA-focused certifications in Workplace Integrity from the Freedom Forum, Mental Health First Aid from the MTSU Center for Health and Human Services and Safe Zone Training from North Carolina A&T State University.