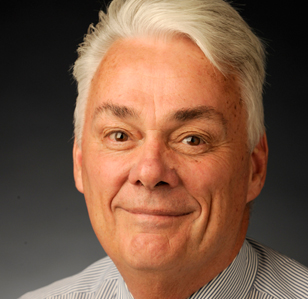 From July 2013 to his retirement in August 2017, John Nicholson served as director of the Newhouse Sports Media Center, where he currently serves as a consultant. He has more than 40 years of local and network broadcasting experience in sports and news, and has taught courses in both areas at Newhouse since 1998.

Nicholson has appeared in event and magazine programming on ESPN, USA Network, SNY, NESN and in syndication. He has hosted events including airplane racing, hydroplane racing, water skiing, paintball competition, American Kennel Club dog shows, the Incredible Dog Challenge and the Running of the Bulls in Pamplona, Spain. He has also hosted live pre- and post-game coverage of SU home football and basketball games on Orange All-Access and WSYR Radio in Syracuse.

Nicholson has served as coordinating producer for several documentary-style DVDs, including histories of University of Southern California and Notre Dame football for Warner Home Video and Syracuse’s “The Legend of 44.” He also produces, writes and voices internet coverage of the Experimental Aircraft Association’s AirVenture in Wisconsin.

Nicholson reported and anchored news for more than 25 years at television stations in markets including Syracuse, Tampa-St. Petersburg, Jacksonville, Houston and New York. His awards include a Florida Emmy for public service broadcasting, a National Association of Television Program Executives award and numerous local and state awards for investigative and general assignment reporting.