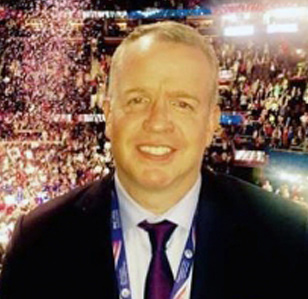 After beginning his career as a radio reporter covering politics in Wilmington, Delaware, Osman launched his television reporting career that led him to join KNXV-TV in Phoenix, Arizona as a member of a ten-person investigative unit. His continuous reporting about a polygamous sect on the Arizona-Utah border brought Osman to the attention of the network and his reporting was turned into an hour-long ABC News primetime special.

That primetime network special then drew the interest of executives of the CBS network-owned station in Philadelphia where Osman soon led the investigative team at KYW-TV in Philadelphia, the nation’s original Eyewitness News.

In 2012, Scripps Television hired Osman to launch its national broadcast investigative unit. Because of his success there, in 2015, he was named Washington bureau chief for Media General Television and Nexstar Media where he ran a Capitol Hill newsroom and led a team of reporters and photographers.

Osman is a member of NLGJA, the association of LGBTQ journalists and Investigative Reporters and Editors (IRE). He is an alumnus of the Newhouse School with an undergraduate degree in broadcast journalism.