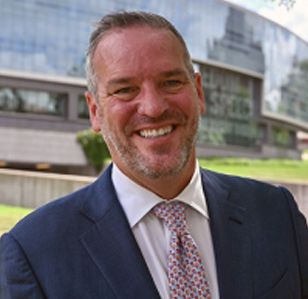 In a 25-year career that has spanned 50 countries across six continents, Jim Olson has led corporate communications for some of the world’s best known brands, including Starbucks, United Airlines and US Airways. He was the vice president of corporate communications at US Airways during the emergency water landing of Flight 1549 in 2009. Most recently, Olson lived in Mauritius, where he was an executive in residence and chief communications officer for African Leadership University, which is focused on developing a new generation of African leaders. In 2016, he was recognized by the Holmes Report as one of the world’s 100 most influential in-house communicators. An alumnus of the undergraduate PR program, he earned an M.B.A. at the University of Southern California.