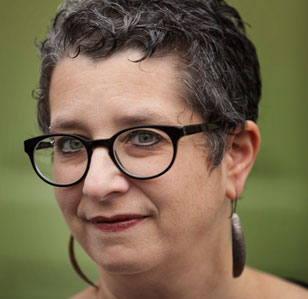 Harriet Brown has nearly 30 years of experience as both a writer and editor in magazines. She's worked on two startup staffs—Wigwag and American Girl—as well as at magazines like Redbook and New York Woman, and writes for many nationals, including The New York Times Magazine, O Magazine, Vogue, Psychology Today, Prevention and Parenting. Find her recent work in The New York Times science section, where she covers issues like food, eating and body image. She's written op-eds for The New York Times and Chicago Tribune, and has read several of her essays on NPR.

Brown’s new book, Shadow Daughter: A Memoir of Estrangement, was published in November of 2018. Her best-known book is Brave Girl Eating: A Family's Struggle with Anorexia, a work of both memoir and science journalism based on a feature that ran in The New York Times Magazine; the book won a "Books for a Better Life" award in 2011. Brown has edited two anthologies, Feed Me!: Writers Dish About Food, Eating, Weight, and Body Image and Mr. Wrong: Real-Life Stories About the Men We Used to Love. Her other books include The Good-bye Window: A Year in the Life of a Day-Care Center and Madison Walks.

Brown helped organize Syracuse University's first-ever symposium on body image in 2010. In 2011, she was awarded the John F. Murray Award for Strategic Communication for the Public Good by the University of Iowa Journalism School. She speaks on campuses and at conferences around the country.