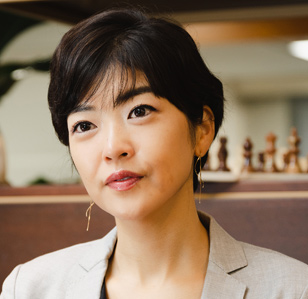 Hanayo Oya is a multi-award-winning journalist and documentary filmmaker from Japan. She teaches courses in radio and digital audio news reporting and cross-media news writing.

Prior to joining the Newhouse School, Oya was a researcher at the Institute for the Next Generation of Journalism and Media at Waseda University in Japan. As a Fulbright scholar, she researched at the Investigative Reporting Program at the University of California, Berkeley. Before becoming a scholar, she served as a TV reporter and director in Okinawa, producing several documentary programs and winning multiple journalism awards.

Oya’s core value is a commitment to using her camera and words to hold power accountable and protect the voices of underrepresented people in our society. With this value, she has worked for a number of print and digital media outlets in Japan and the U.S. and produced and directed multiple documentary films, including the multi-award-winning “Boy Soldiers: The Secret War in Okinawa.” Most recently, she was a field producer for a Netflix documentary series.

Oya's awards include Best Documentary Film from the Kinema Junpo Award for Best Film, Japan’s most prestigious journalism award. Her documentaries have been screened at prominent international film festivals, including Busan International Film Festival, the largest film festival in Asia.

In addition, Oya has received several highly funded collaborative and interdisciplinary grants. In 2018, she was a recipient of the Fulbright Scholarship. In 2020, she was selected by the Japanese government as one of only four distinguished filmmakers to receive a high-profile grant. Most recently, she won two highly competitive grants from the U.S. State Department to support her projects in global reporting education and the U.S.-Japan international network for journalists.

Oya holds M.A. in Journalism from Waseda University and a B.A. in English Literature from Meiji Gakuin University. Besides reporting, researching and teaching, she enjoys traveling worldwide, baking homemade bread and playing Sanshin, a traditional musical instrument of Okinawa.