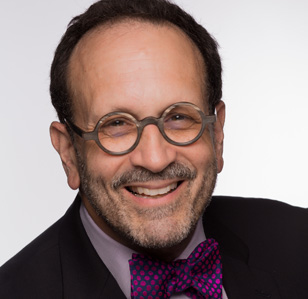 Gregory Heisler works with undergraduate and graduate students in class and individually to identify and develop their unique visual signature as he teaches them the language of image-making. This signature transcends genres like documentary, commercial or fine art, and reveals itself in both still and moving imagery. It’s a unique point of view informed by the history of the medium, shaped by mastery of its tools and expressed with clarity of intention.

It has been said that photographer and educator Gregory Heisler possesses “the eye of an artist, the mind of a scientist and the heart of a journalist.” Renowned for his technical mastery and thoughtful responsiveness during a career of more than 40 years, his enthusiasm, curiosity and drive are manifested in his hands-on approach to all aspects of the image-making process. Heisler is perhaps best known for his more than 70 cover portraits for Time magazine, but his iconic portraits and innovative visual essays have graced the covers and pages of many other magazines, including Life, Esquire, Fortune, GQ, Geo, Sports Illustrated, ESPN and The New York Times Magazine. He also has photographed major advertising campaigns for such clients as American Express, Dewar's, Ford, Guinness, Merrill Lynch, Nike, Pfizer, Reebok and United Technologies. His private portrait commissions include a lithographic print of New York Mayor Ed Koch, which was the first photographic portrait for City Hall in New York City, and large-scale portraits of noted authors and actors, now on display at the National Arts Club. He is the recipient of the Alfred Eisenstaedt Award and the Leica Medal of Excellence, and he has been profiled in American Photo, Communication Arts, Esquire, LIFE and numerous other industry publications. An internationally sought-after speaker and educator, he is the author of “Gregory Heisler: 50 Portraits.” The Chinese edition of his book was published in 2017.