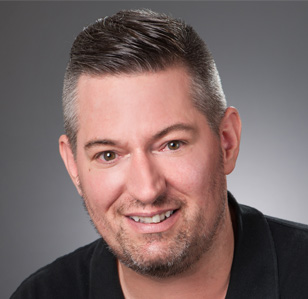 Eric James German joined the Syracuse University Los Angeles Semester team in 2009 as an adjunct professor. German is a practicing entertainment attorney, actively representing clients in the music, entertainment and intellectual property spaces from both a transactional and dispute resolution perspective. German is a partner, through his professional corporation, in the law firm of Mitchell Silberberg and Knupp, where he has worked since 2002.

German has provided legal counsel to clients in the entertainment industry for over twenty years. After graduating from the Newhouse School in 1992, German worked in the live music production field, producing major concerts for many seminal acts. Becoming fascinated with the then-nascent concept that the music and entertainment industries’ would need to transition from physical to digital formats, German attended law school at Boston University School of Law, where he focused on the intersection of copyright law, the Internet and the entertainment industries and served as note editor of the Boston University Law Review, before graduating magna cum laude with a concentration in intellectual property law in 1997.

German then began focusing on two major areas: (1) advocacy for independent record labels, both on an individual basis (including as long term counsel to Century Media Records, which sold to Sony Music in 2015) and through his work with the American Association of Independent Music (A2IM); and (2) direct representation of talent, primarily in the music industry. Today, German is a well-known connector in the hard rock and heavy metal music genre, although his client base includes a wide variety of developing artists as well as Gold, Platinum, and Multi-Platinum–certified recording artists in a variety of genres, including alternative rock, hip-hop and electronic dance music.

German was born in Columbus, Ohio (his parents were both graduate students at Ohio State University), was raised in the Albany, New York area (his father was a Professor of Engineering at Rennselaer Polytechnic Instistute), and now lives in Santa Monica, California with his wife, Laura, who also attended Syracuse University (they met at a bar on Marshall Street in 1991), and his daughter, Angela, who is in high school. Outside of work, German is well-known for his passionate, decades-long support for the Oakland Raiders NFL franchise, as well as his love for Syracuse sports.