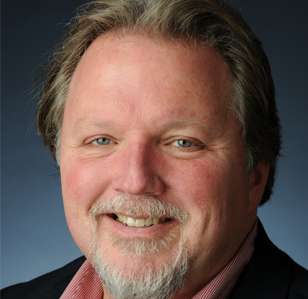 Ed Russell spent 25 years in the advertising business working for some of the largest and best known firms in the world. He has worked on most every product category in nearly every market around the globe.

He began his advertising career as a copywriter with one of the most awarded agencies in Chicago. Following graduate school, he went to work for Saatchi and Saatchi in New York City. In 1989, he moved to Frankfurt, Germany as European account director of Saatchi & Saatchi's largest business. The Berlin Wall came down six months after he arrived, and suddenly he had the job of opening a dozen new offices all over Eastern Europe.

After his stint in Germany, Russell moved east to become CEO of Leo Burnett's office in Warsaw, Poland. Though the country initially had no advertising business, the Warsaw office became Leo Burnett's third most award-winning office and the fastest-growing advertising agency in the world.

Russell later moved to Leo Burnett's Chicago headquarters, where he led the agency's Procter & Gamble international business, their second largest global business. Russell was responsible for 410 brands in 98 countries and managed nearly $1 billion in billings. The agency won more new business from P&G during this time than in their entire history.

He is the author of "The Fundamentals of Marketing."