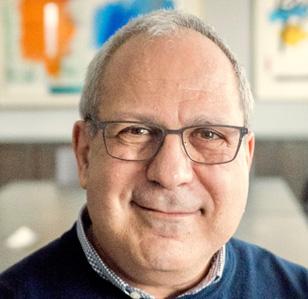 Ed Hersh is a media executive and strategist whose career experience encompasses print, broadcast and documentary journalism, non-fiction cable production and programming and the rapidly evolving multi-platform environment, with a focus on creating signature storytelling and compelling content.

He currently serves as chief creative officer of StoryCentric LLC, a New York‐based company that he founded in 2007 to provide business, development, production strategy and insight to content producers, networks and distributors. Among his past and present clients are Discovery Communications' emerging networks group and several major non-fiction production companies as well as WNET/PBS in New York, where he developed “Blueprint America,” a year-long PBS initiative on the nation’s crumbling infrastructure.

He rejoined StoryCentric in March 2013 after nearly four years at Discovery Communications, most recently as senior vice president of content strategy for the Military Channel. As the channel's senior leader, he had primary responsibility for developing new content and business strategies as well as working collaboratively with the heads of marketing, communications, programming and production to drive the success of the channel.

Hersh also served as senior vice president of strategic planning for Investigation Discovery. In that position, he helped to shape the long-term programming, storytelling, acquisition and brand strategy for the network during a period of demographic and ratings growth.

Before founding StoryCentric, he spent seven years at Court TV (now truTV) as the executive in charge of the editorial direction and production of the network’s primetime original non‐fiction series and specials. Prior to that he was a programming executive at AandE. He also spent 16 years at ABC News in a variety of senior production and programming positions.