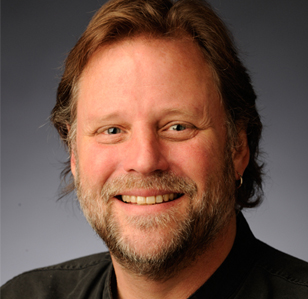 Douglas Quin is a sound designer, naturalist, public radio commentator, educator and music composer. For the past 30 years Quin has traveled widely documenting the natural soundscape—from Antarctic ice to Arctic tundra and from African savannah to Amazon rainforest. His recordings of endangered and disappearing habitats represent one of the most unique and extensive collections anywhere.

He is the owner of dqmedia and consults on film and television sound design, audio and multimedia, museum exhibit design, production, post-production, creative development and project management. Quin created the sound design for and mixed Werner Herzog's Academy Award-nominated film, "Encounters at the End of the World" and worked variously on "Jurassic Park III" and "Lord of the Rings: The Two Towers," as well as documentaries for television and radio. He contributed to the sound design for "Spore," a game from Maxis/Electronic Arts and has also worked on exhibits for the Smithsonian Institution National Museum of Natural History, American Museum of Natural History and the Polish Academy of Sciences, among others.

Quin has recorded for a number of contemporary music and sound art labels including Wergo, Earth Ear, Apollo Records, Miramar, and Taiga Records. He is currently developing Paradise, an interactive soundscape installation and gestural instrument in collaboration with Lorne Covington. The project was featured at the Venice International Performance Art Week in Italy in 2016. Other projects include a fellowship at the National Film and Sound Archive Australia and Liquid Architecture Sound Art Festival and Tour in Australia where he presented a series of multichannel soundscapes. Quin has received numerous commissions, including from Conservation International, World Wildlife Fund, the Atelier de Création Radiophonique and France-Culture and West German Radio in Köln for a live satellite sound art transmission from Antarctica, and Polar Suite, for the Grammy Award-winning Kronos Quartet featuring a score derived from ice core data, soundscapes and interactive electronics using the K-Bow—an innovative bow controller by instrument builder, Keith McMillen.

He is currently an adjunct faculty member in the Conservatorium of Music at the School of Creative Arts and Media at the University of Tasmania, Australia.

Quin's publications include articles for Polar Biology, The Music Quarterly, Musicworks, Soundscape: The Journal of Acoustic Ecology and The Journal of the Society for Electro-Acoustic Music in the United States. He recently contributed a chapter on performance art and dance in Antarctica for Performing Ice which is forthcoming from Palgrave Macmillan. Quin serves on the Editorial Board for Resonance: The Journal of Sound and Culture (University of California Press).

Quin earned a B.A. in art from Oberlin College, where he studied electronic music with Dary John Mizelle. He earned an M.F.A. in sculpture and media arts from the School of the Boston Museum of Fine Arts and Tufts University, where he studied music composition with T. J. Anderson and sound art with Richard Lerman. He earned a Ph.D. in acoustic ecology from the Union Institute. His work has been performed at numerous festivals and venues including Merkin Hall, The Kitchen, the Kennedy Center for the Performing Arts and Spoleto Festival USA. He is the recipient of numerous awards and grants including the Ars Acustica International prize, multiple fellowships in music composition from the National Endowment for the Arts, Meet the Composer, the Pollock-Krasner Foundation and support from the National Science Foundation.