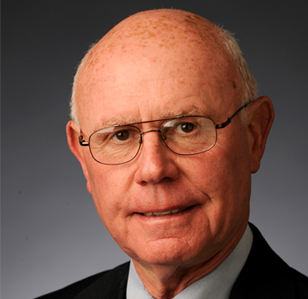 On his watch, the school founded the Bleier Center for Television and Popular Culture; the Healthy Campus initiative (to study which health communications messages have resonance with a young audience), and the Institute for the Study of the Judiciary, Politics and the Media (in cooperation with SU's College of Law and Maxwell School of Citizenship and Public Affairs).

Working with the Syracuse Post-Standard and the Newhouse family, he founded the Newhouse Minority Fellows Program, which has trained and placed nearly 100 minority-group members in newsrooms around the country.

He built a strong career development center for the exclusive use of Newhouse students, and he strengthened the school's alumni relations effort in part by building an active and prominent Newhouse Advisory Board, also new to the school.

After stepping down as dean, he rejoined the faculty full-time and taught until his retirement in December 2016.

Rubin has twice served as a Pulitzer Prize juror. He headed the Task Force on the Public's Right to Know for the Presidential Commission on the Accident at Three Mile Island Nuclear Power Plant, producing a detailed report on the flow of information during that accident.

He was on the faculty at NYU from 1971-1990. He holds a B.A. from Columbia College and M.A. and Ph.D. degrees from Stanford University.