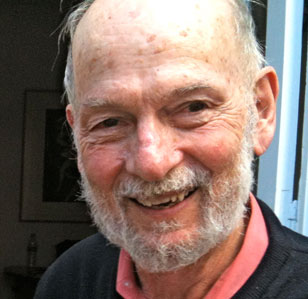 David Burnham—an award-winning former New York Times reporter and a pioneering data journalist—is a research associate professor at the Whitman School of Management and the co-founder and co-director of the Transactional Records Access Clearinghouse (TRAC), a Syracuse University joint research data center affiliated with the Newhouse and Whitman schools.

TRAC specializes in using the Freedom of Information Act (FOIA) to obtain federal government administrative records. It performs sophisticated statistical analyses on the records it collects to make sense of and verify these complex relational files with millions of individual, case-by-case records. TRAC then builds data mining tools that enable it—along with journalists, policy makers, citizens and other researchers—to analyze and assess federal policies and practices. TRAC's information is utterly unique in the marketplace of ideas, and its findings are frequently cited in major news reports and research journals.

Concrete government information, much of it obtained under the Freedom of Information Act, has been central to his work as both a reporter and a researcher. Burnham started as a reporter in 1958, working for UPI, Newsweek, CBS and other organizations. From 1968 to 1986, he was an investigative reporter with The New York Times in New York and Washington, with much of his coverage concentrating on enforcement, regulatory and surveillance issues. He has written three books and numerous magazine articles. His most recent book, “Above the Law: Secret Deals, Political Fixes, and Other Misadventures of the U.S. Department of Justice,” was published by Scribner in 1996.  His investigative book on the Internal Revenue Service, “A Law Unto Itself: Power, Politics and the IRS,” was published in 1990 by Random House. A third book, “The Rise of the Computer State,” was published in 1984.

Over the years, Burnham has received a number of professional honors including the George Polk Award for Community Service, Long Island University, 1968; the Alicia Patterson Foundation Fellowship, 1987; the Best Investigative Book of 1990, Investigative Reporters and Editors, 1990; and the Rockefeller Foundation Fellowship, Bellagio, Italy, 1992. In 2003, Burnham was awarded an honorary doctorate degree in Humane Letters from the John Jay College of Criminal Justice. In 2006, he was inducted into the National Freedom of Information Act Hall of Fame.

Burnham is based in Washington, D.C.