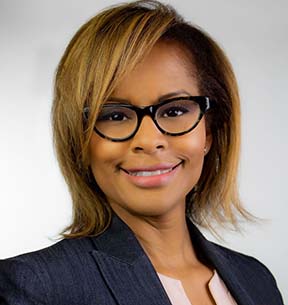 Crystal Houston is a social impact entrepreneur, media innovation scholar and startup business coach. Houston teaches graduate courses in digital media entrepreneurship and a survey of issues in media management and emerging media. She serves as the executive director of MEDIA-O, where she helps underserved media founders build the skills and networks they need to launch and grow profitable businesses.

In 2020, Houston was named to the spring cohort of Poynter Institute for Journalism’s Leadership Academy for Women in Media. In 2019, she co-founded Citeful, which was awarded a $40k grant from the City University of New York’s Craig Newmark Graduate School of Journalism’s News Integrity Initiative. The digital media startup was a 2020 SXSW Pitch Competition Finalist in the Content & Entertainment category. In 2018, she joined B2B ecommerce SaaS startup getget as advisor and she was later elevated to co-founder.

Houston writes and speaks about blockchain and media. In 2019, she facilitated a fireside chat on fake news at the Voice of Blockchain conference in Chicago. She presented The Communicator’s Guide to the Blockchain Universe at Syracuse University’s Blockchain Immersive weekend in New York City. Houston serves as a coach of the emerging technology for students at Advantage Evans Academy, where she prepares cohorts for the future of work, wealth and creativity.

When she’s not teaching, Houston is a mentor at SEED SPOT, where she serves as a business pitch coach for entrepreneurs who are creating game-changing solutions to social problems, and an advisor and mentor for We Rise, a black entrepreneurship incubator at Local First Arizona (LFA). Houston also provides strategic consulting and coaching to distressed businesses through LFA’s Arizona Economic Recovery Center.

Houston earned a master’s degree in television, radio and film from the Newhouse School; an M.B.A. from Keller Graduate School of Management at DeVry University; a bachelor’s degree in graphic design and writing from Eastern Michigan University; and a Blockchain and the Law Certificate from University of New Hampshire’s Franklin Pierce School of Law. She is a board member at the Women’s Audio Mission.