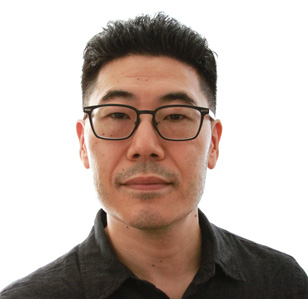 Corey Takahashi is a professor, journalist and multimedia producer. He started his career in New York City as a founding editor at the music magazine Blaze, and later worked on staff as an editor for Vibe, where he was an international contributor at the time of the publication's National Magazine Award (NMA) for General Excellence.

An immersive, magazine-style storyteller in the mediums of text, audio and video, Takahashi researches how technology changes the modern story for creators and audiences. He was in the first group of professors nationally selected for YouTube’s experimental Educator Lab in Los Angeles, and he was in the early wave of YouTube-certified professors in higher education. Fascinated by generational change in media, Takahashi was an adviser to successful student and professional crowdfunding projects, including a digital and print magazine launched through Kickstarter “for freshmen, by freshmen.”

At Syracuse University's Newhouse School, Takahashi is focused on multimedia and multiplatform storytelling, teaching undergraduate and graduate students from multidisciplinary backgrounds. He pitched and helped launch the first Newhouse Mobile Magazine Competition, a digital editorial contest modeled on Silicon Valley hackathons. Takahashi has developed four new classes at the school, including elective and core courses, as well as a class for Newhouse’s new online master’s program, which concentrates on digital trends and innovation within the communications industry.

Takahashi studied as a fellow at McGill University, the University of California, Berkeley and the University of Southern California. He has traveled North America, South America, Europe, Asia and Africa, through a combination of multimedia teaching, journalism and storytelling stints. Takahashi's keynotes, panels and workshops include guest visits to SXSW, Cornell University, USC, Berkeley, UCLA, Northwestern University, University of Maryland, The New School and City University of New York, as well as media training with underrepresented communities in East and South L.A. His current research focuses on generational shifts in media and culture around the world.