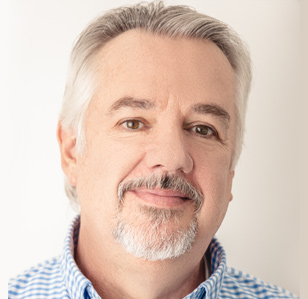 Chris Tuohey has 16 years of professional television news experience as an executive producer, newscast producer and reporter. He has worked at WJW-TV, WKYC-TV and WEWS-TV in Cleveland; WBNS-TV in Columbus, Ohio; and WGGB-TV in Springfield, Mass. He is an Emmy Award winner for producing coverage of The Rock 'N Roll Hall of Fame opening in Cleveland.

Tuohey previously served as chair of the broadcast and digital journalism department, where he helped create a state-of-the-art automated newsroom and studio for news and sports productions. He also facilitated a partnership with the Radio Television Digital News Association, which made Newhouse part of the only comprehensive broadcast newsroom annual salary survey.

Tuohey doesn’t see his change from the newsroom to the classroom as a career change in the traditional sense.  Being part of the BDJ department allows him to be in touch almost daily with working journalists from coast to coast, and many are former students.

Tuohey will tell you the best part of his work week is the time he spends in the classroom. In 2001 he received a Teaching Recognition Award, part of Syracuse University's Meredith Professorship Program.