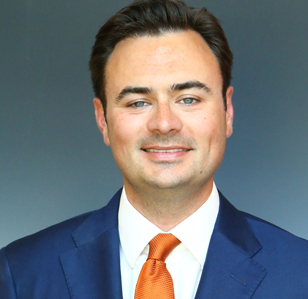 Brian Higgins '04 joined the Syracuse IMG Sports Network in 2004 as the play-by-play voice of the Orangemen's lacrosse and women's basketball teams, as well as the host and sideline reporter for the football broadcasts. For Spectrum Sports Brian has hosted shows such as "Syracuse in 60" and called a variety of college and high school sporting events. He reports for Cuse TV on Cuse.com and is also an adjunct professor at Syracuse University’s S.I. Newhouse School of Public Communications.  The Latham, N.Y. native previously spent three years as the radio play-by-play voice of the Tri-City ValleyCats and currently resides in Syracuse with his wife Christina.