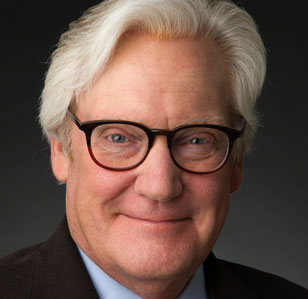 Bob Dotson has been in more motel rooms than the Gideon Bible, having crisscrossed the country and covered four million miles searching for people who are practically invisible, the ones who change our lives, but don’t take time to tweet and tell us about it.

His long-running series, “The American Story with Bob Dotson,” was a regular feature on NBC's "Today" show until Dotson's retirement on the 40th anniversary of the day he joined NBC. Dotson filed his last American Story and said goodbye to his viewers.

Dotson is the New York Times best-selling author of “American Story: A Lifetime Search for Ordinary People Doing Extraordinary Things.” He is one of the most honored storytellers of our time. He’s earned 120 national and international awards for producing and reporting, including six Edward R. Murrow Awards for Best Network News Writing (a record) and 12 more for reporting. He also received eight National Emmy Awards and 11 nominations. The Society of Professional Journalists cited Dotson’s columns as the “best in new media.” He recently joined Walter Cronkite as the latest recipient of the William Allen White Foundation National Citation for journalistic excellence. His work also has been honored with the Sprague Award from the National Press Photographers Association and grand prizes from duPont-Columbia University and the Robert F. Kennedy awards.

Dotson has been teaching the craft of visual storytelling for nearly half a century. He has a distinctly different, hands-on approach. Others help you master the changing technology; Dotson teaches how best to tell a story once you do. The new edition of his classic book, “Make It Memorable: Writing and Packaging Visual News with Style” became Amazon’s best-selling journalism book. He offers dozens of new tips for the digital age and a step-by-step explanation of how to find and create all kinds of visual stories under tight deadlines.

Dotson has been an investigative reporter and covered politics, sports and breaking news. Produced documentaries. Ducked bullets reporting wars. Spent months trying to solve murders and been to more natural disasters than the Red Cross.

During his career, Dotson filed 4,000 stories for NBC News. Along the way he learned to shoot and edit video, blog, vlog, tweet, pin and post. His social media posts have been viewed more than 25 million times.