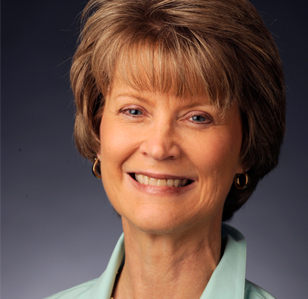 Barbara Croll Fought (rhymes with "boat") has taught at the Newhouse School since 1993, leading classes in radio and television writing, reporting and producing, and communications law. What she loves about being a faculty member is teaching. She is proud to have received the Teaching Excellence Award from the class of 1995 and been named, in 2013, the Laura and L. Douglas Meredith Professor of Teaching Excellence, the university’s highest teaching distinction.

Fought’s current creative work is hosting the area’s No. 1 public affairs show, “Ivory Tower” on WCNY once a month.  The show includes a panel of area professors discussing the news. She co-authored a reporting textbook, "News in a New Century," and a contributed to "Click on Democracy," written by several Newhouse professors.

Her research interests have focused on reporters' use of the Internet and freedom of information issues.  In 2019 she concluded 25 years running the listserv, FOI-L, a resource for 800+ lawyers, scholars and access professionals discussing access to government meetings and records.

From 2006-2010, Fought served as the part-time director of the Tully Center for Free Speech, Newhouse's educational and research center focusing on free speech and media law.

She was formerly a special projects producer at WDIV-TV, Detroit, specializing in investigative reporting and politics. There she earned 18 national, state and local awards, including nine Emmys. Fought previously worked as a public relations practitioner, newspaper reporter and lecturer at Eastern Michigan University.