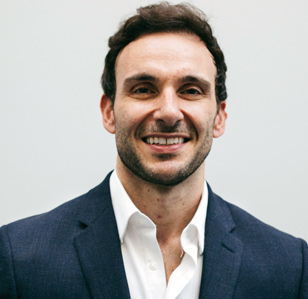 Anthony C. Adornato joined the broadcast and digital journalism department in 2022 as an associate professor and department chair. His teaching and research focus on the role of mobile and social media in journalism.

Prior to joining Syracuse University, Adornato was an associate professor of journalism at Ithaca College. He also previously taught as an adjunct professor at the Newhouse School and Utica College. Before transitioning to academia, Adornato was a television anchor, reporter and producer.

The second edition of his book “Mobile and Social Media Journalism: A Practical Guide for Multimedia Journalism” (Routledge) was published in 2021. Adornato’s research has been published in academic journals including Electronic News and The Journal of Intellectual Property and Entertainment Law. He regularly presents at international and national journalism conferences.

Adornato has been interviewed about his research and the topic of fake news by news outlets including the Associated Press, The New York Times, BBC News and Germany’s Deutsche Welle News.