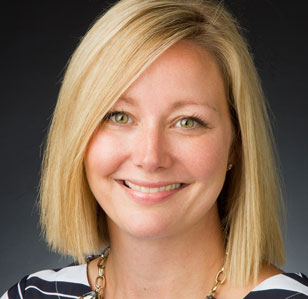 Amanda Griffin oversees annual and special events for the Newhouse School. After joining Newhouse in 2014, she served as director of special events and alumni engagement in Newhouse’s Office of External Relations for six years. In that role, she worked on several large-scale fundraising and cultivation events, including the dedication of the Newhouse Studio and Innovation Center with Oprah Winfrey in 2014 and the 50th anniversary gala in New York City the following year. She has also directed the annual Mirror Awards competition and awards ceremony and worked with the Sports Media Center to organize the annual Glickman Award ceremony.

Amanda started her career in Manhattan at O, The Oprah Magazine when the magazine launched in 2000. Before moving back to Central New York, where she grew up, she was the assistant manager of corporate events at Sesame Workshop.