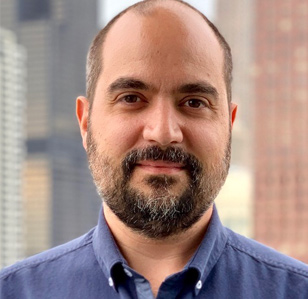 Alex Richards joined the Newhouse School from the San Francisco-based consumer finance startup NerdWallet, where he was the deputy editor of their investigative reporting team. He previously worked as a data reporter and editor for the Chicago Tribune, The Chronicle of Higher Education and the Las Vegas Sun. Richards is also a former training director for Investigative Reporters and Editors, where he taught in-depth reporting and data journalism techniques in newsrooms across the country.

Richards was a Pulitzer Prize finalist in 2011, and his reporting has been honored with the Goldsmith Prize for Investigative Reporting and the Taylor Family Award for Fairness in Journalism, among others. He has been a part of teams that have uncovered political patronage schemes, fraudulent student loan businesses and hidden accidents and injuries in hospitals.