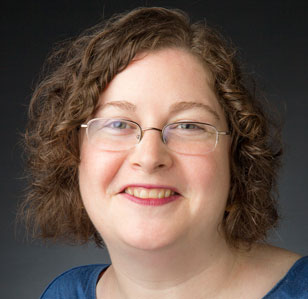 Aileen Gallagher is a former senior editor for New York Magazine, where she shared several National Magazine Awards with her colleagues, including General Excellence Online. She led the Grub Street food blog network from 2007-2010; the flagship site, Grub Street New York, was a James Beard Award finalist in 2010.

Gallagher joined the Newhouse faculty in 2010. Her research interests are digital editorial and journalism education, and she publishes and speaks regularly on these topics. A nationally recognized expert on the magazine industry, she has been quoted by the New York Times, CNN, Marketplace, WWD, Bloomberg and the Associated Press, among others.

She continues to work as a freelance editor and writer for national publications, including The Washington Post, Slate, New York Magazine, Vulture, Cosmo and Bust.